Pokemon emojis for nitro users and possibly some other stuff but I'm not promising anything... kek...

Pokemon emojis for nitro users and possibly some other stuff but I'm not promising anything... kek...

Traversal Turtle #TeamTurtles
➥ Hello there! This server is mainly focused on turtles and sea turtles. The goal is to bring more awareness to endangered turtle species. Additionally, we also discuss other topics such as pollution and renewable energy. Lastly, we support #TeamTurtles in it's 100% non-profit fundraiser. Server Attributes: • #TeamTurtles fundraiser and GoFundMe! • Server boosting and donor rewards! • 150+ Custom turtle emojis and emotes for you to use! • 30+ custom turtle stickers for you to use! • Daily facts and information about different turtle species! • Weekly stories and adventures about turtles! • Connect with others while learning more about turtles! • Turtle discussion and media sharing channels! • Self appliable roles to personalize your profile! • Ticket support system to assist you! • Level-up rewards, roles, and prizes! ➥ What are you waiting for? Join and support #TeamTurtles today!
Visit Page 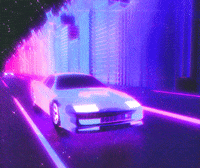 ? Doggo Emotes
we have many doggo emotes for you and your friends :) ୨?୧ Simple and adorable layout ୨?୧ Suggest emojis to upload ୨?୧ Fun doggo emotes
Visit Page

Pikachu Party
Pikachu Party is a fun place for pikas and everyone alike to connect and talk as a community. We also have plenty (100+) Pikachu emotes for you to utilise
Visit Page

Cat Emotes & Emojis
Feel free to join if your looking for a simple server that includes over 40+ different cat emotes and emojis! More will be added soon!
Visit Page

gyaru
initially an icon server, gyaru has faced much evolution over the time. at first, it was named carrd - a server where you could get icons and cute emojis. however, it moved on to become a coryxkenshin server. unfortunately, it became incredibly inactive. we have decided to revive this old discord server into something new. join us; our journey is just starting! https://discord.gg/8tMgtrSgpc
Visit Page
More Discord Servers