Weeb Haven
Video game discussions for games such as Genshin Impact, Nintendo games, Battlefield and other fps. Anime talks with some art to be shared and discussions as well a active question of the day. Topics about anything from music to vtubers to youtubers.
Visit Page

anime lovers / weebs
Server for all the weebs - gamers - contant creators and memers so joined our community you will loved trust me!!
Visit Page 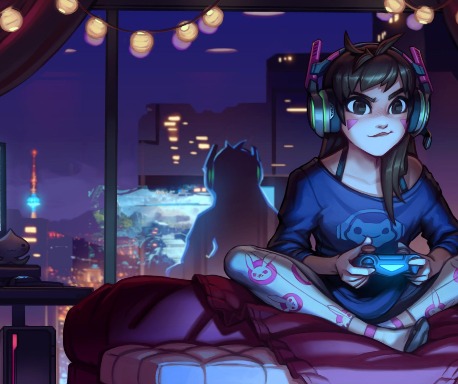 NerdsZone
NerdsZone is a new server to meet fellow adults to nerd out, play games, share your hobbies, or just chat with each other in a relaxing atmosphere. ~ Nerdy ~ Friendly ~ Gaming ~ Adult ~ No toxicity
Visit Page

Smile Café
We are a Discord server/community where we all play games, watch anime and in the future time we would like to create tournaments for the community. We look forward of building a community with future members! We welcome all weebs and gamers with open arms! Enjoy your times here gamers!
Visit Page

The Retreat
If you're interested in Gaming, Music, and/or you're just a f**cking weeb this servers for you!
Visit Page

Konohagakure
Welcome to Our Discord Server! Frist you should go to room ?│rules to read them. Feel free to ?│introduce-yourself. We are a community that likes gaming and anime. Here are some important information. ROLES A-Team (Staff) Roles - ?〙Owner = The Owner of this Server , ?〙Co-Owner = The Co-Owner of this Server , ?〙Moderator = The Moderator of this Server (Usually Busy) DO NOT PING THEM. ?〙Helper = The Helpers of this Server (You can ping them if they are online, but only if u need something). Special Roles -⭐〙VIP = This role is optainable from a giveaway, ?〙Server Booster = This role is automaticlly given to you if you boost the server. Ping Roles (✨│roles) - Announcement = Notifies you when there is a announcement in the ?│announcement channel, Anime , Manga = used in ?│anime-manga channel. Other Roles - ?️〙Member = Given automaticlly when u agree with the rules, Muted = This role is given to people who break the rules.
Visit Page
More Discord Servers