Cubyland
The meeting point of privileged residents of the metaverse world of Cubyland, a versatile platform where you can use the immense possibilities of blockchain.
Visit Page

BURF
A Community of Blockchain Gamers! Are you looking for a party of friends to play with? Then join our server, more info once you join!
Visit Page

The Seed Collector
The Seed Collector is a post-apocalyptic — zombie survival — scavenger hunt. A new take on play-to-earn games. Play as Jax, a character that comes back from a two-month vacation to find a virus has spread around the world and all of the traditional banking institutions have crumbled. The only functioning form of money is cryptocurrency and it is up to you to help find the missing seed phrase. As Jax returns home he finds his neighborhood is crawling with zombies and someone has scattered his seed all over the place. He does not know it at the time, but an agency known as the “Seed Phrase Recovery Unit (SPRU)” is testing him to see if he would be a good hire or not. Solve the clues and find the missing words and you will get a job as well as the ability to unlock Jax’s wallet and extract the crypto.
Visit Page

Cosmos Heroes
Cosmos Heroes is a P2E GameFi project that already has an AAA game in development that is built on Unreal Engine 5. We aim to build the project with the goal of having a strong ecosystem of Cosmos Heroes Metaverse
Visit Page 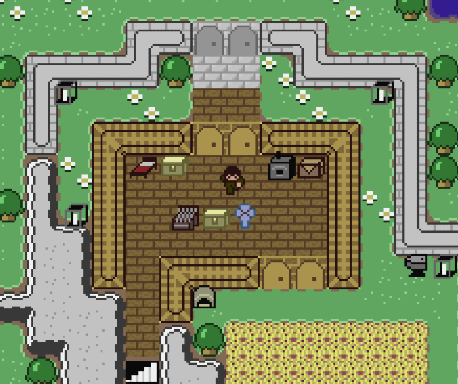 Play Minicraft Free 2 Play
In Minicraft Plus your goal is to defeat the evil Air Wizard high above. However, to defeat him you will need to adventure deep into caves to find resources, craft items, and build your arsenal. Here is a short guide on how to play.
Visit Page