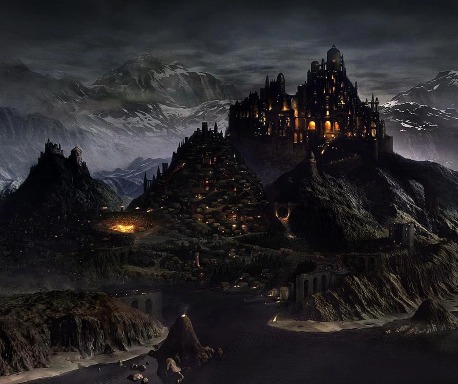 Ainerth Asunder: A Fantasy RP
On this server, you will find a fantasy RP that fixes its attention on large events like battles and raids during the week ends, with intervals of rest during the week days for character development. The world of Ainerth is ever changing, the general state of things being decided by the RPers.
Visit Page

??? ????? ?????
A fantasy themed roleplay server based a thousand years after the Dark Times, a time in which the Gods warred against one another. In a world where only Seven Gods exist, how will things progress?
Visit Page

Paragon: Arcane Masters
The continent of Paragon was once a haven for the arcane, swelling with power in its rawest manifestation. From enchanted forests to perilous volcanoes, beasts ordinary and fantastic called the wild home. Cultivated by equally diverse peoples, incipient culture took root along the trellis of magic. Even the common folk were capable of tapping into primal sources. In a world free of divine influence, what could possibly disturb the peace? ‏‏‏‏‎ ‎‏‏‎ ‎‏‏‎ ‎‏‎‏‏‎ ‎‏‏‎ ‎‏‏‎ Despite the efforts of budding civilization, unity would serve the land no further. A terrible epidemic swept Paragon before long, indiscriminate in its spread. Mages near and far suffered incurable ailments specific to their personal weaknesses. Drawing from the element of fire could spark fluid buildup, water retention, and so forth. The ill presented with symptoms too variable to declare a plague, effectively dooming the future of arcana.
Visit Page

Freaks of nature
A fantasy rp server focused more on adventure and fun, then fighting over who's the main character.
Visit Page

The Lands of Illyria
"Across all my travels, I've never seen a more beautiful sight than the world I grew up in. A world of endless promise, a place where you have the power to seize your dreams and shape reality. With wonders as far as the eye can see, painting a picture more beautiful than life itself. Seek for what you have not and find solace in what was there all along." -J. V., Renowned Explorer. Welcome to Illyria, a vast land of wonders and magic. Home to sprawling kingdoms and fantastical sights; a place where all your dreams can come true. Explore the world of Illyria as you create your own story, making allies and enemies along the way. Visit beautiful sights and learn the rich history of the lands. The world is yours for the taking, you can be and do anything you want. So what will your story be? Your adventure awaits... Owner: @Dek | 458864914811846660 Permanent Invite Link: https://discord.gg/B8D6hxDryJ
Visit Page

Legends Never Die
?Come Explore Miris!? ▶We are an 18+ server but we only verify with reasonable suspicion or if you want access to our nsfw chats. ▶We expect 5+ sentences per post with some effort put in to maintain a creative environment! ▶Characters have a good standard of detail and realism. And more!
Visit Page

?〖World Of Tealon〗?
?Welcome to the World of Tealon!? ? This is a fantasy RP server set in a world where mythical creatures and animals roam, there are magic users and lots of different races including elves and dwarves. The world of Tealon is a unique and interesting world, who will you be? A blacksmith maybe, or a Knight, maybe even a noble or lord. Your adventure awaits. ? ?This server offers: ?Fantasy/Medieval RP ☕Friendly Community! ☕Engaging and helpful staff ?Lots of different races! (Elves, etc.) ?Mythical creatures/Animals ?Tons of RP channels and locations ranging from various cities and towns to mountain sides and forests. ?Self roles and a neat role system! ?A growing community, we would love it if you join us!
Visit Page
More Discord Servers