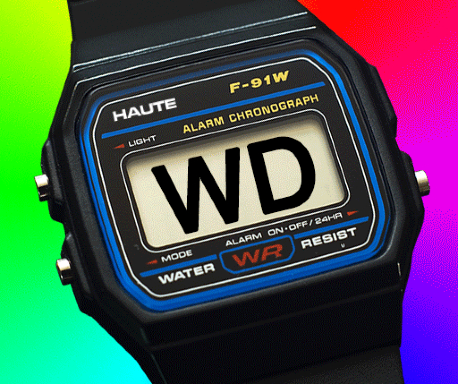 Paris E-sport
eSports | Crypto
The idea of offering everyone the possibility to organize paying e-sport events. That its matches or tournaments, can offer as much to the players, caster, as to the viewers and bettors a place that can allow them a source of income, information and entertainment.
Join Now

Overwatch Crimson Community
Gaming | eSports
We are a gaming community that wants to create a safe and friendly gaming community for players everywhere 13+ Only. Our main games and Teams are based around Overwatch so if your looking to do competitive or esports with a team we have you covered, We hope to see you soon.
Join Now 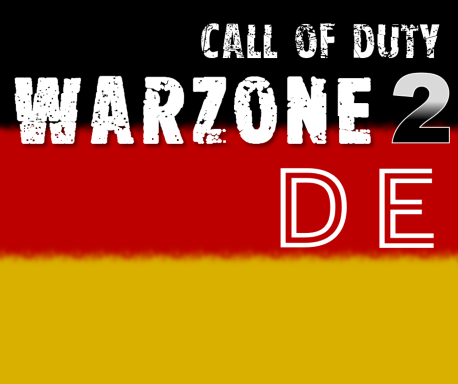 TheGamingDungeon
Gaming | eSports
Hello! Im justdikken, owner of TheGamingDungeon (TGD!) 👋 TGD Is a pokemon based server with the goal of building a pokemon community to battle competitively, raid together, trade together, and more! Come down to the dungeon and have some fun! - Weekly Cash Prize Tournaments! - 24/7 Free SysBots (1 Sc/Vi - More coming soon!) - Giveaways hosted often! (Anything from in-game stuff to cash giveaways!) - Competitive teams and support - Rooms for battling/raiding/trading - Creator support AND MUCH MORE TO COME!
Join Now

RFL Discord
eSports | Sports
The RFL is a Madden simulation league using modded graphics for each team, with almost every in game asset being modified to look and feel like a custom franchise. Owning Madden is not a requirement, as all management is done on Discord. Games are streamed on Twitch and later archived on YouTube.
Join Now

Valorant Canada
Gaming | eSports
This is ShadowSimd from Valorant Canada ! I want to make my very own event Valorant server for Canadians. This server includes: Custom roles based on rank LFG channels E-Sport News Patch-Notes and much more My goal is to have my server appear on the discovery tab in discord. Can't wait to see you guys there so we can start doing some events >.<
Join Now

Devils Community
Gaming | eSports
To play, have fun and get to know friends, and there are many activities and competitions We care more about the following games ( Valorant - League of legends - minecraft - gta - Among us )
Join Now

Rocket League Boosting | 1v1
Gaming | eSports
Boosting server focused on 1v1 that can ensure fantastic results. All boosting is done by professionals with over 3000 hours in the game, as well as reaching global leaderboards for 1v1. Prices are negotiable, leaving the consumer and proprietor happy. GIVE US A TRY TODAY!!!
Join Now

ANOTHER FANTASY LEAGUE
Sports | eSports
We are the top Fantasy Football League group on ESPN app. We host a season league as well as a super league! Win big cash prizes and win a championship Ring !
Join Now

SuperBoosting
Gaming | eSports
SuperBoosting is a Rocket League boosting server than you can obtain everything you set your mind to cheapest prices with big discounts! Easy Payments. 24/7 Customer Service Available! 15% Off the First Order. Multiple Payment Options.
Join Now

SDLeagues
eSports | Gaming
⚔️ | SDLeagues is our new project! But what is that? In 2018 a group of random Italians decided to bring a football-like system to Pokémon. They used to play on bots but, after 3 servers, they understood that a more skill-based platform would've been better. So they moved on Showdown, in 2023. In SDLeagues you can create a club and compete, have a value, buy and sell players like in real sports. Championship matches are quite peculiar: two OU battles; the amount of eliminated Pokémon defines the score! SDLeagues, previously known as PLeagues, has now decided to become more international and, for this reason, the project is aiming to expand and organise several leagues all around the world. Would you like to participate and represent your country? Or just your club? You can have up to two mates (something may change in the future, of course) to team up with.
Join Now

DYNASTY ESPORTS
eSports | Gaming
A new Call of Duty E-Sport server where you can participate in tournaments and win prices. 2 hard worked mods such as me Monke and a other fantastic friend of mine worked on a nice chill server where you can game, vc, play bot games and such more! This a friendly server so no pornograpics or something with NSFW theme in the server. I hope you to see ya in my server and enjoy it! Monke
Join Now Escape from Tarkov Headquarters
Gaming | eSports
This Escape from Tarkov Discord server is a community focused on the ultimate player experience by its matchmaking design. If you’re looking to improve your Tarkov experience, all players are invited to join in and take part in this community.
Join Now 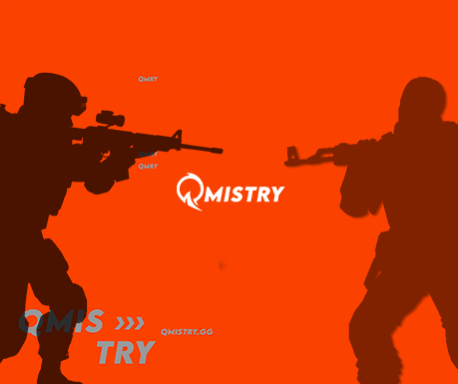 Qmistry ❘ CS:GO ❱ 16+
Gaming | eSports | Community
We are your gaming Discord server!?Still playing CS:GO or other games alone?..?Qmistry knows how annoying it is to play with 'RANDOMS' ?
Join Now
Platinum

CrazyPeeps Valorant Asia
Gaming | eSports
We are a LFG server that is expanding rapidly based around Valorant in ASIA. We help people to find their ideal duo or squad thanks to our rank role system.
Join Now

eSports - Europe
Gaming | eSports
Esports - Europe is a team of 4 people and our goal is to give every player the experience to play eSports. In early development there will not always be prizes because its not financially possible but if we get sponsors or donate then there will be more and more prizes. You can play our leagues or tournaments. For example: You are on the Gold rank in Rocket League and want to play in our league then you sign up for the 6th league because it is the 6th rank in the game.
Join Now

Runalong: Ultimate Runner
Gaming | eSports
Dive into the exciting world of Runalong, the voxel style runner game that will keep you on the edge of your seat. As you speed through a mysterious landscape, use your quick reflexes to dodge obstacles and collect coins. Complete challenges to unlock special items and characters that will enhance your adventure. Can you make it to the top of the leaderboard? Download Runalong now and join the race!
Join Now

? Eevee's Mystery Dungeon
Social | Community | LGBT
Dive into a mystery dungeon with new friends! EMD is a Pokemon-themed social server, prideful of our active, wholesome members, LGBTQ+ positivity, and stellar Pokemon emotes! Many from all walks of life - nerds, LGBT, and more! - have joined to make new friends: be one of them yourself! <3
Join Now 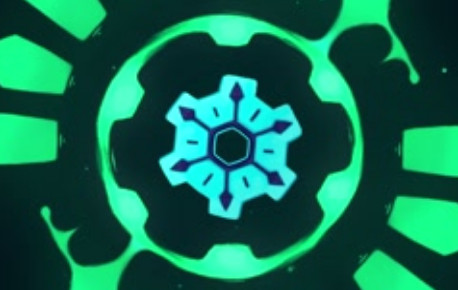 ? Eevee's Mystery Dungeon
Social | Community | LGBT
Dive into a mystery dungeon with new friends! EMD is a Pokemon-themed social server, prideful of our active, wholesome members, LGBTQ+ positivity, and stellar Pokemon emotes! Many from all walks of life - nerds, LGBT, and more! - have joined to make new friends: be one of them yourself! <3
Join Now
Random

Vortex Chairs
Gaming | eSports
WE SELL THE BEST CHEATS FOR EFT, RUST, APEX, ETC Cheap Carries and Items/Rubles - Fast - Easy We do Carries/Rubles/item for Escape from Tarkov, we are a friendly community feel free to open a ticket in our discord server if you are interested.
Join Now

SABRE eSports
Gaming | eSports
We are SABRE eSports! A brand newly made esports team ready to compete in the higher tier of games! Our first game is rocket league, where we are looking to compete in RLCS and high competition prized tournaments. Then as the server progresses and the more recognition we get, we'll bring other games like valorant forward! Join to support or try out for us! For Rocket league we are looking for gc-ssl
Join Now 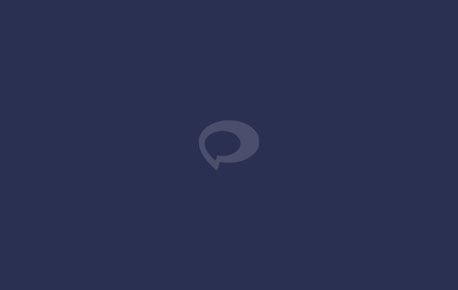 Summoner's Nexus
Gaming | eSports
We are a League of Legends-focused server made with the goal of bringing likeminded and non-toxic players together for general chatter, LoL discussion, events, and more.
Join Now 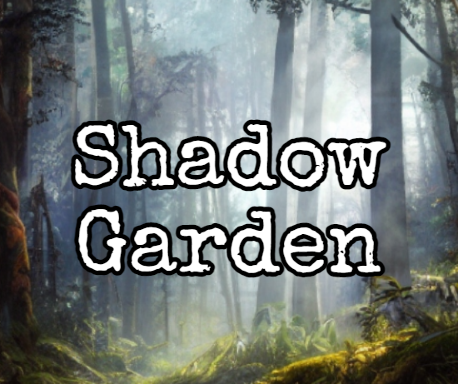 Smash Waiting Room
eSports | Gaming
An active Smash Bros server that specializes on activities for both competitive and casual players. This server has: ༺Tourneys every 2 months (includes bi-weekly and big tourneys with prizes) ༺Events that only happen specifically in this server like Smashfest and Smashketball (join to find out) ༺Lots of bots like Mudae and UnbelievaBoat ༺ Champion titles: Comp, Casual and Tag Teams ༺Minecraft server and other games tourneys ༺Over 300 emotes ༺ Crew Battles ༺ Achievement Role System ༺ and our monthly music tourneys with prizes and many great people to talk with. Please read the rules first and enjoy your stay. Casual or Comp, everyone is welcome! We accept partnerships. Please read the pin message in #partnerships
Join Now

Asuras Hangout
eSports | YouTuber
Hello, I'm Asura I play video games. My main game right now is Rust and I have 11k hours in it. I am a up and coming youtuber/tiktoker. from now on I will post youtube shorts of funny moments and compilations as well, I also will do tiktoks. And this is my little community where you will get to my content first.
Join Now

FNSA Clan
Gaming | eSports
FNSA is a oce and eu clan. We always branching out to other places and we consist of over 100+ members. We do giveaways. - Family friendly! - Always growing.
Join Now

The War Room
Gaming | eSports
The War Room server is an active community of players who come together to discuss popular games. The server features a variety of channels for players to share tips, strategies, and videos. Additionally, there is a dedicated voice channels for players to communicate during games, and a text channel for general discussion. The server is lively with players who are passionate about the game, and is a great place to connect with other fans of other franchises
Join Now

Rematch
Gaming | eSports
We play mostly fighting games but dabble in MMOs or other comp games. Lots of Fightcade, Street Fighter, Guilty Gear, etc. Looking for more people to compete with and talk shit to along with getting the tech to get better. Looking to build on what we have. We are active. ALL SKILL LEVELS WELCOME - Can't stress this enough.
Join Now

MineEuphoric
Gaming | eSports
Hello guys we are an up and coming Minecraft server compatible with all versions ex, BedRock, IOS, Android, Xbox and more! our focus is to provide an immersive Faction based Minecraft experience to you. We are looking to start up and grow the community some prior to launch so please join us for our BETA and get the hype train started! - What we have to offer- -Custom Factions! -Over 10 Custom Drugs and Crafting Recipes for use and sale. -Black Market Traders accessible by anyone willing to explore! buy your combat goodies at a discount price. -Instant-Soup, Eating a mushroom stew instantly regenerates 4 hearts of health -Custom BOW PVP, Skill shot combat your love? enjoy it in a totally diffrent way. no more RNG spread for your bows. HIT headshots and get rewarded greatly for it. -Casino Games, after a long hard day mining what better way to unwind then gambling with your team. - And over 30 More Plugins!
Join Now

GAME.X (V2)
Gaming | eSports
Hello there, Here we have all of the most updated and free to use cheats for any game you need enjoy your stay here and feel free to dm me the owner
Join Now
1-60 of 3,058 Discord Servers