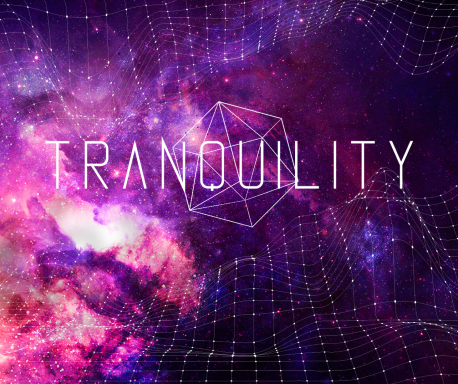 Carcosa
Community | Social
Seek the wisdom of the king, unravel the truth of this dead land
Join Now

Echodog Games
Gaming | Community
Get FREE access to the updated alpha build of Signs of the Sojourner, a new narrative based deck-building game from indie developer Echodog Games!
Join Now

Rite of Seven
Anime | Role-Playing
Welcome to Rite of Seven! Rite of Seven is a story based server with a good plot-line that never gets too complex to understand but is interesting nonetheless. You can choose to be a part of one of seven kingdoms, or go about it your own way. There's always a way for you to get yourself involved with the story, but playing an important role is much harder to achieve if you desire to get invested. We offer a lot of freedom, and our rules are just common sense. Our staff is competent, and we'll judge things fairly. Otherwise, we're pretty fun to hang around with! We're just now starting! We hope to see you here too!
Join Now

Nightwing Hawks
Gaming | Mature
Division 2 aswell as a Elder Scrolls Online guild as of now, but might grow into even more games sooner or later!
Join Now

Glooviapp
Meme | Entertainment
We are a community for Gloovi, an interactive story & meme app. We are chill, amazing, and beautiful. Expect a lot of memes, cats, and pokemons!
Join Now

United Terrans | RP [Alpha-test]
Role-Playing | Science
[NOTICE]: This server is currently on alpha-testing, and is searching for moderation/adminstration staff. You may propose new suggestions in the #suggestions channel.
Join Now

A Novel World
Role-Playing | Community
Come tell your story of exploration and discovery - A Novel World welcomes worldbuilders, lore-crafters and adventurers! ANW is a story-driven server where you create the world through RP: complete quests, explore vast continents and oceans, and forge new myths and legends on a journey limited only by your imagination! A Novel World offers: - An unexplored world map, where civilisations and their histories depend on your stories. - Player created lore and mythology. - An opportunity to create, run or join quests in a world of flying continents, deep oceans, and mythic lands. - Based in sci-fi and fantasy, the possibilities for character creation are endless. - An active and friendly community and staff. - Basic RP rules apply: god-moding and meta-gaming are not tolerated. Join a slowly growing, ever-expanding universe of fantasy and technology today!
Join Now

Story Realm
Role-Playing | Growth
This server is a bit different than the rest. Here you can enter in a story at the #library, and interact as a protagonist! Be in search for lost treasure, have new found love, or kill every zombie in sight. Want to roleplay? We got you! Create a profile with descriptive features, emotions, and hobbies, and pretend to your heart's content that you're tall, dark, and handsome in this server! Do you like art? We got you again! We draw your characters in the story at the low cost of in-game coins! And if you like drawing, sign up to be an Artist and draw other people, and post it. Your drawings will then be put up on the server icon for a short time*! Want to skip everything and just see gory blood in the sight of your enemies? WE GOT YOU AGAIN! Now you can battle your rival in the arena! Just want to chill and talk about stories and other random stuff? Okay okay, fine. We have a general channel just for that. But when you're ready, bounce into it and MASTER YOUR OWN STORY!
Join Now

☆Children of The Stars☆
Role-Playing
Children of the Stars is a roleplay server set in the fantasy world of Relinia. Humans (and other species) in this world have the ability to hone magic from the stars themselves and utilize them to their will. What will your character do as they explore this new world, make friends, and forge storylines?
Join Now

CRICRUSIC
Community | Mature | Social
If you're sinking in laughing at something sunken in, welcome. We are not good people. We're a curated community built over the legacy of a dead revolution. We're a home for the niche and the depraved, the repressed and the enlightened. We're a circus for your impotence, a maze for your ambiguity.
Join Now 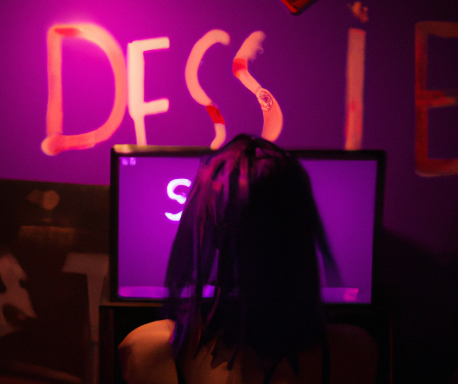 CRICRUSIC
Community | Mature | Social
If you're sinking in laughing at something sunken in, welcome. We are not good people. We're a curated community built over the legacy of a dead revolution. We're a home for the niche and the depraved, the repressed and the enlightened. We're a circus for your impotence, a maze for your ambiguity.
Join Now
Random

Campfire
Community | Entertainment
This is a new server that I just created for gamers to take a break and grab some snacks around a campfire while you talk and listen to legendary stories. Also the views are amazing :)
Join Now

Trinity City | Cyberpunk RP
Role-Playing | Writing
Welcome to Trinity City! A cyberpunk like world except this one doesn't fail on launch- hopefully. Anyway, it's a place where you can do almost anything and get away with it- people don't really…care here. Mega corporations, gangs, and even more messed up illegal business to come! What's there not to like? Everyone's screwed and everything here is basically at rock bottom. What's the worse that could happen?
Join Now

chertia
Gaming | Community
Chertia is a semi-vanilla Minecraft survival server set in a land of gods, magic and monsters known as the Kingdom of Chertia. This server is heavily inspired by Mianite, but we've created our own identity with completely new characters and an ongoing story that everyone is able to contribute to in some way or another.
Join Now

Order of the Fang
Furry | Writing
The Order of the Fang is a furry writing server. You can share your stories, characters, and promote your writing commissions.
Join Now

'Unsung Hero' minecraft map
Gaming | Role-Playing
This is the community server for my minecraft map project 'Unsung Hero'. 'Unsung Hero' is an ambitious adventure map that aims to create a totally custom video game within minecraft. It is free and is currently in Beta. Open beta versions are available publicly, while closed beta versions are only available to discord memebers. Join the discord to get acces to closed beta releases, get sneak peaks and exclusive updates from the development team, and make suggestions for improvements and new features to the map, as well as getting to know out wonderfull community. A little about the minecraft map 'Unsung Hero': At the core of this map is its engaging combat system, with custom weapons like swords, hammers, daggers, and axes, that all have different abilities like stunning, bleed damage or the ability to remove armour. These abilities can be used together in combos, for a skill based fast paced combat. Join the discord to get acces to exclusive content and engage with the community!
Join Now

Stories Together
Writing | Community
Stories Together is a discord server centered around a bot that helps members of a community write terrific tales together! Community stories are written here, ideally cultivating a community of friends to talk to at the same time!
Join Now

Wall of Letters
Writing | Community
Everybody walks past a million story ideas every day. The Wall of letters is a place to explore those ideas and find like-minded people to come along. Team up with your friends in a dnd campaign, write a long-form novel on your own or with a partner, or roleplay with original characters from the worlds of your favorite shows and movies. We can do it all here. Tell your story, come write on the Wall. Features: A welcoming, friendly admin team. A friendly, creative community An integrated wiki system for writing Official blog wallofletters.com Games and art and dnd!
Join Now

THE 189
Role-Playing | Writing
(__**HELP WANTED:**__ ***Lead Content Writer,*** *general content writers, lore/character/worldbuilding writers, server manager, partner managers* DM @HASTINGS#1984 for all inquiries.) Welcome to __**THE 189**__, a Lovecraftian horror experience with action, adventure, and investigation elements. Join the Explorers, a group of immature, underprepared vigilantes as they dig themselves into the mystery surrounding their city's collapsed subway system. It is here they will uncover far more than they asked for, fighting to maintain their own sanity in the process. With the cards stacked against them on every layer of reality, making it out alive should be considered victory enough. This story-- no, this *tragedy* is narrated by a distant observer, one you may have heard of; the Elder God Kthanid, who could intervene at any point. He doesn't.
Join Now 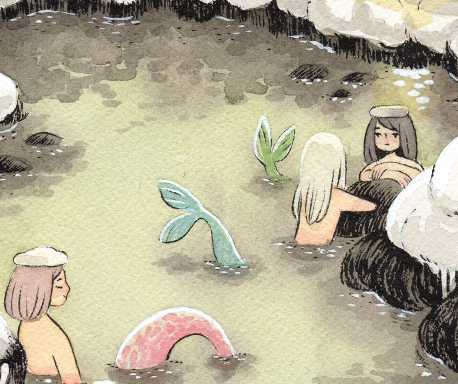 DEIMORTIS
Art | Writing
Welcome to the official DEIMORTIS community! You can view the comic here, and receive updates with each new release. Come discuss the story, share your own art, meet friends, and participate in giveaways!
Join Now

The Remedy
Role-Playing | Entertainment
?The Remedy is a semi-lit to literate magic fantasy roleplay server. There are multiple races to choose from and each can possess magics to use in everyday life. Will you make a teacher that works at Grisly Academy, instructing future mages of the world or will you make a member of the Shields of Valor, an order of knights that protects towns from hostile threats? You decide! There are a multitude of occupations and lifestyles to choose from that aren't listed here. ? What do we currently offer? ?️7 explorable capitals in the world of Louryia, each with distinctive attractions. ?️ ?Detailed World lore!? ?Tuppers for characters!? ?️Random oc chats for nonsense!? ?Items to purchase in a shop with bot money!? ⛲Multiple channels to explore! ?World events that impact the future!? Must be 15 years of age or older to participate. We look forward to welcoming you into the server!
Join Now

Scribe Room
Writing | Art
This is a writing-focused server, with the primary goal being to be a great place to share your writing. Unlike many other servers, political discussion is not off-limits, and trigger warnings are not required. There are 18+ chats but please limit discussion to writing and not real-life flirting.
Join Now

Writer-Author
Writing | Art
to be or not to be. that's not really a question slight_smile literatures, stories, scripts, poems, storyboards, comic and manga and a lot more,
Join Now
1-72 of 28 Discord Servers